What is edge computing?

Addressing issues caused by the large amount of data generated by an ever increasing amount of connected smart devices and sensors, edge-based systems can provide low response times, relieve network capacity, and contribute to enhanced privacy. The technology has been made possible by AI, machine learning and and sensors used mainly by Cyber-Physical Systems and applications of the Internet of Things.

These effects, costs savings as well as the introduction of new services, will have major impacts on value chains, and are therefore at the focus of virtually all industries globally. Nevertheless, digitalization comes also with major challenges. Its benefits increase with the amount of digitized objects and processes, which dramatically increase the amount of involved software and data volumes, raising the crucial question where the data will be processed and stored. Today’s architecture of large-scale IT infrastructures allows two possibilities: Either at the device level (i.e. embedded systems, mobile phones etc.) or at the cloud. However, both possibilities are insufficient.

Handling the data volumes at the device level drives up device requirements for processing and storage. As this scales with the number of devices, the involved costs are unsustainable. Handling the data at the cloud – on the other hand – requires the transmission of the data volumes to remote compute centers, which is again not sustainable due to the associated costs for transmission. In addition, handling the data at the cloud diminishes or even prohibits the real-time interaction between the cyber domain and the physical objects due to the involved latencies.

Therefore, recently the academia and industry came to the realization that novel compute resources are required where data handling for digitalization can take place in a sustainable manner, i.e. cost-, energy- and resource-efficient. The key feature of these resources is that they are spatially close while still aggregating over larger sets of devices. The paradigm of spatially close computation is referred to as edge computing.

Edge computing reduces costs on the side of the devices (less compute and storage is required) and overcomes the latency and bandwidth issues related to centralized cloud-based solutions. Due to these technical advantages, edge computing systems have a tremendous application potential with a projected global market in the order of tens of billions of dollars by 2022.

The same is true for collaborative CPS (e.g. cars at an intersection), where instead of the motion and environment of humans, the corresponding parameters of (semi)-autonomous systems are maintained at the edge, subsequently allowing efficient group coordination. In contrast, data-driven analytics (such as predictive maintenance) benefits from the bandwidth savings in comparison to cloud computing. The typical use case here is the real-time monitoring of machinery and equipment. If this is executed at the edge, complex analysis can be performed at much lower costs in comparison to the cloud due to the bandwidth savings. 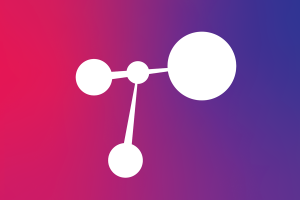 Sign up to receive our quarterly newsletter and invitations to TECoSA events and seminars.